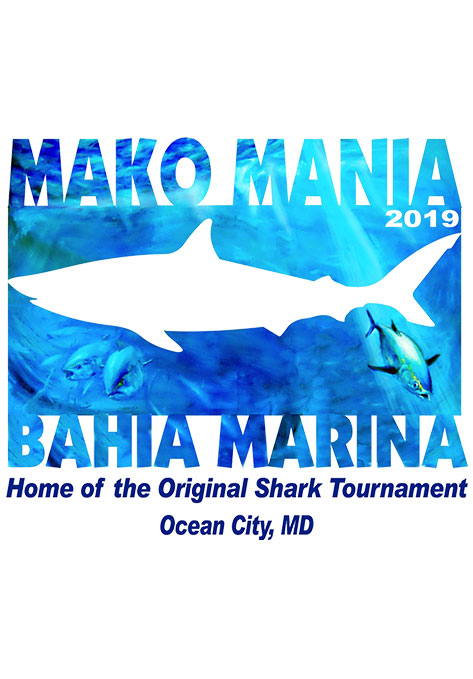 The Mako Mania is a mako shark tournament with added entry levels for bluefish and thresher shark. This tournament is traditionally the start of the tournament season in Ocean City. Mako mania was started in 1996 by Captain Steve Harman and continues to grow every year. The Mako Mania is unique in that boats of all sizes can compete with decent weather. Daily weigh-ins will be held at Bahia Marina from 3:30-7:30pm each fishing day. Stop by, have a beverage and something to eat at FishTales while watching the sharks come in to be weighed.

Mako Mania Tournament Information
Entry Fee is $500 per boat up to four (4) anglers. Additional anglers may be added to a boat at $50 per additional angler, up to a maximum of six (6) anglers.

Trophies and prize money will be awarded for heaviest Mako Shark, heaviest Tresher and largest Bluefish.

Bahia Marina - Thursday June 3, 2021
Sign-up will begin at 4pm - Captain's meeting at 7:00pm. Additional information and rules will be given out at the Captain's Meeting. At least one team member must be present.

Awards Banquet begins on June 6, 2021 after the scales close.